Buckeye Environmental Network (BEN), formerly Buckeye Forest Council (BFC), works to support grassroots environmental and environmental justice organizing and to protect Ohio’s native forests. Working with grassroots community groups, we provide activists the tools and support needed to mobilize their communities for effective action against the harms caused by corporate assaults, aided as these assaults are by state and federal government agencies. We foster public pressure on government and corporations to protect communities and Ohio’s environment. Through community action and ecological protection, we seek fundamental changes that improve our relationships with each other and the land. 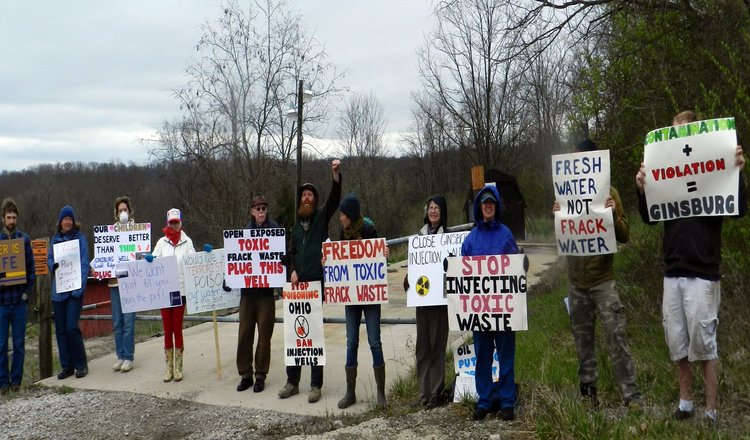 We have worked for almost twenty-five years protecting Ohio’s native public forests, influencing policies and practices of our state and federal governments through grassroots organizing, media campaigns, and legal efforts. With the onslaught of deep-shale drilling and horizontal hydraulic fracturing (fracking) in Ohio and escalating impacts on human and environmental health, we have expanded our focus beyond public forests to address these broader threats to human and environmental health. Our goal is to empower citizens to climate stability, support clean energy solutions, and forest protection. Climate stability can be obtained by engaging and empowering citizens to create a voice in public discourse and the media by issuing protective policies and by providing influence with decision-makers that will implement these policies.

Buckeye Environmental Network (BEN) is a 501(c)(3) organization serving community and grassroots environmental groups across the State of Ohio. BEN has distinguished itself in providing community organizations with technical assistance and advice on how to conduct effective grassroots campaigns. BEN has fought for almost twenty-five years against exploitation of our native public forests by corporate interests, including stopping logging on Wayne National Forest for ten years, helping achieve an end to commercial logging on Mohican State Forest, and preventing longwall mining under Dysart Woods, one of Ohio’s few old-growth remnants. BEN led publicity efforts upon release of the Heartwood-commissioned An Economic Analysis of the 2006 Wayne National Forest Plan,” by GreenFire Consulting Group, LLC, and, after the 3000-acre wildfire in the Shawnee State Forest in April 2009 that followed escape of a DOF prescribed burn on a day of extreme fire danger. Our grassroots collaborative efforts resulted in publicity on the financial incentives behind DOF’s prescribed burning program and the mismanagement of the burn that led to this devastation.

Read More About Our History

Communities around the state have been grateful to BEN for taking on fracking in 2011 when it first emerged as an environmental and public health issue in Ohio. In spring, 2011, under BEN’s leadership of grassroots opposition, fracking was fought in the Ohio state legislature after the Kasich government pushed to open state parks, state forests, and public university lands to fracking.

BEN took on fracking not only due to its threats to Ohio’s public forests and parks but also because if this extreme carbon fuel industry isn’t stopped, our forests as well as our planet will be destroyed. Fracking’s high methane and CO2 emission rates threaten climate. Fracking and associated industrial development for production and transportation also directly impact forests with fragmentation, water contamination, and air pollution. These severe impacts as well as the severe impacts on human, environmental and economic health from air and water pollution, water consumption, and waste production, transportation, and “disposal” make fracking and its associated industrial development the most urgent environmental crisis our state and nation may have ever faced.

BEN seeks an end to deep-shale drilling and high-volume horizontal fracturing (fracking), because it is inherently and irrevocably dirty, dangerous, and destructive of climate, land, and water as well as of communities’ economies, health, and well being.

Activists and community leaders around eastern Ohio have depended on BEN for organizing support, data, technical information, and watchdogging of ODNR, known for lax regulation and enforcement, as Teresa Mills, as BEN’s Executive Director, has done since 2011. We often work one-to-one with fledgling activists, supporting their outreach to activate others and linking them with other activists around the region.